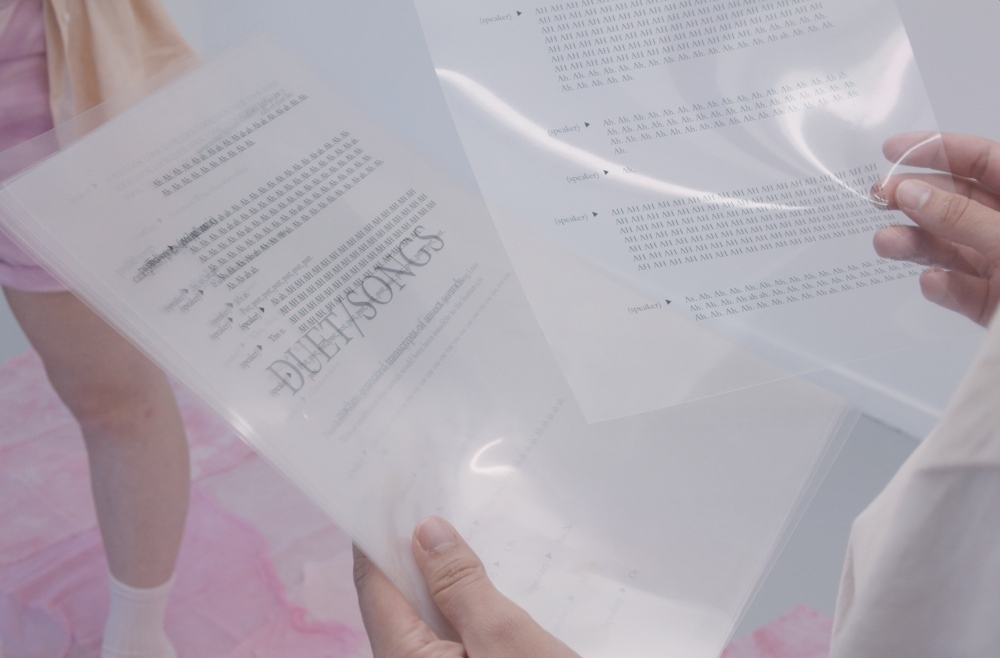 Duet/Songs consists of words that imitate sounds based on machine-generated transcripts of insect communication. The text derived from sound recordings of insect calls by entomologist Liao Yi-Chang, these recordings were inserted into transcription software originally meant to transcribe human speech.

Throughout 2019/20, I gathered auditory and visual impressions of the ways in which insects navigate man-made environments. I focused on their movements and their sense of hearing; the sounds they produce in order to communicate. During this process, I got to know biologist Liao Yi-Chang who is specialised in insect communication and I was introduced to his personal archive of insect recordings. Among the recorded sounds were calls of plant lice that without amplification would be inaudible to the human ear. I fed some of these recordings to transcription software meant to transcribe human speech. The insect recordings translated to onomatopoeic renditions such as:

This text was performed at Studio17 in Stavanger (NO) by vocalist Signe Irene Time and Anette Gellein, and at gallery Titanik in Turku (FI) by classical vocalists Pietari Skyttä and Katriina Virta.

The onomatopoeic translations were furthermore gathered in the publication Duet/Songs by publisher In the End Books.

This project was possible thanks to support from the Arts Council Norway and Stavanger Kommune.